If you’re like me where you take a peek at Netflix’s “Recently Added” section once in a while, you’ll know  that only a few are actually recently added. This was one of those times. Except this time, one of them caught my interest just off the header picture alone. 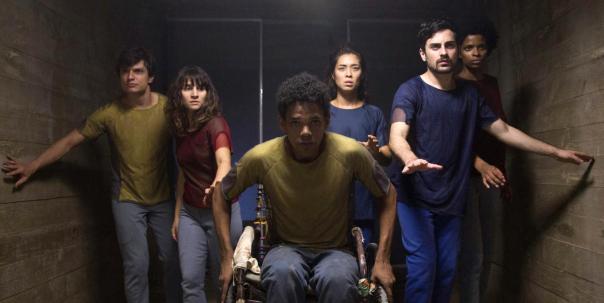 The first thing I noticed about this cast was the clear diversity. The show also has representation for disabled people in their character, Fernando and he isn’t condescendingly written as someone to take pity upon. After reading the show’s summary, it definitely peaked my curiosity. I love a dystopian thriller and the only thing I love more than that is when they also present Brown and Black characters. So, I was more than willing to give it a chance.

The narrative is set in the future where people who live in extreme poverty are given a chance at affluence. This is called the Process. The citizens are only given one chance in a lifetime to pass and live the rest of their years in a place called the Offshore that is portrayed as nothing short of paradise. The catch? Only 3% of the candidates are picked.

I won’t disclose any major spoilers, but my favorite thing about 3% was the character development. You start off thinking that you’re going to hate this character, but then the narrative shows their background and you learn why this character acts this way; Why they cheat, why they’re so closed off and cold and the reason behind their motives. The very interesting aspect about the characters is that none of them are necessarily “good” or “evil.” Yes, there is a clear protagonist and antagonist, but the drawn line between good and bad is somewhat blurred. They are all complex and none walk a straight and narrow path. It comes down to which character you find the most interesting and relatable.

One thing I did notice about the show was the use of its protagonist, Michele. Although the plot clearly centers around her, the supporting characters are what keep you coming back. She is the main character, but her story isn’t the most interesting in comparison. Even the antagonist, Ezequiel, has quite the compelling backstory. If you’ve watched Orange is the New Black, you know exactly what I’m talking about. The main character is used as the “Trojan Horse” and the surprise is everybody else.

The storytelling is very well-paced and doesn’t waste much time. Every episode is vital to the plot, the character development, and it doesn’t leave much room for filler. The narrative gives a fair amount of perspective for each supporting character which can sometimes be very difficult to do, but 3% makes it work. As a reminder, the original language is in Portuguese. The audience has the option to switch the audio to the English language, but I prefer to turn on subtitles.

The point is, if you haven’t watched 3%, I highly recommend it. It has amazing characters, diversity and captivating backgrounds that keep you coming back. Not saying that you’d be completely missing out on this show, but… it’s pretty damn good. Give it a shot.